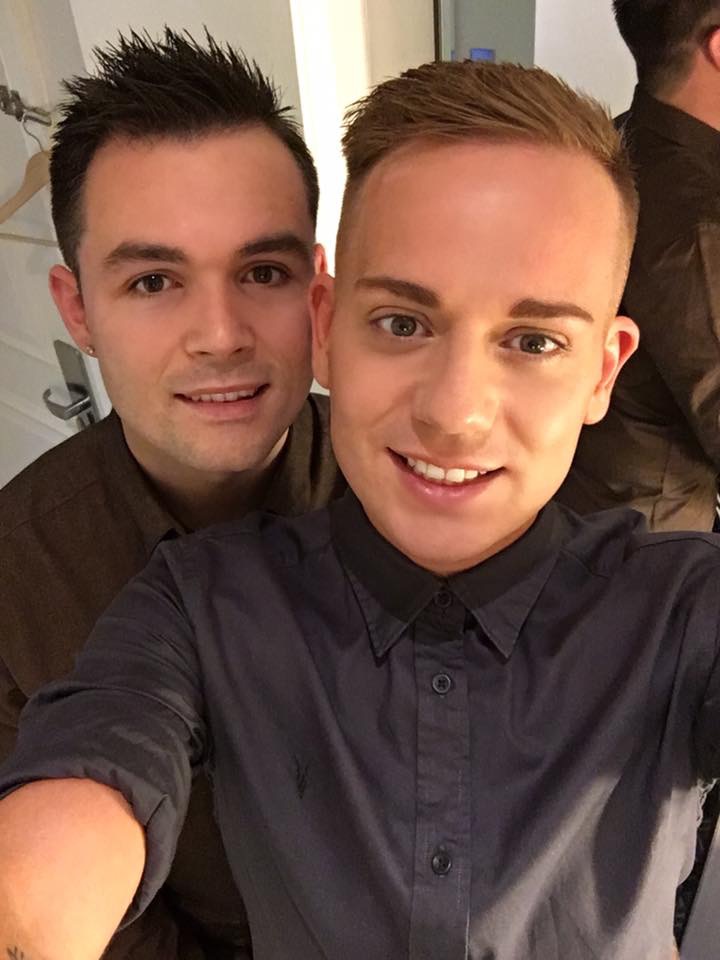 Chapter 14 – Our Lives as a Timeline

The past couple of weeks have gone so well and the journey is actually very exciting and we are being very organised with our huge hardback folder full to the brim with forms, dividers and photocopied versions of the forms we have already submitted. I mean maybe we are a little over the top with our organisation when it comes to this, but we just want to ensure that we have everything we need for the future and can always refer back to it. We cannot believe how fast the sessions are coming around, as we have now seen Gemma on 3 separate occasions, mainly completing the discussions around our support network and yet but it feels like we have known her forever, in the most positive way possible. She is so lovely and for extra brownie points we have stocked up on her salted caramel tea for when she comes over, I mean we genuinely really like her and cannot possibly tell her this, as after all she is the professional assessing social worker but she is more like a friend now to us. Nutter is slowly losing interest as he now thinks Gemma is a regular visitor, so not as much excitement for him, but you can be sure that he gets his regular cuddle on her lap every time she comes, before he goes off to his bed to chill. The dining table has become the main base of operations, like we are planning a bank robbery with all the papers spread around it, obviously we have never robbed a bank or even considered it but we have seen enough films where this scene seems to be the norm.

Today’s visit is starting out with more practical work consisting of us drawing out our whole lives in the form of a timeline, individually displaying all major aspects and events that we have experienced. This included first memories as a child, being at school, leaving school, first jobs, moving on to more personal details like past long-term relationships and close family deaths or losses that we have had to deal with. It all seemed so weird being displayed out in front of us, like a history textbook explaining the life and times of Richard and Lewis. It was once we had drawn it out that it began to get interesting, as we then had to explain our thoughts and feelings around the choices we made and if we would expect our child to go the same route and or what we would hope to change based on what we had experienced. We guessed this was an exercise based around all the choices we would make as parents in the future, what we would use from our experience of being parented and even more importantly what we would change from how were parented. Let’s hope she doesn’t tell any of the things we said we would change when she sees our parents for their references. On completing our explanations around each stage of our lives, which Gemma was always noting down on the huge sheets of paper. We then focussed on a very small comparison to what an adopted child’s timeline might look like, which again was rather hard hitting as you would see the start of their timeline often being quite difficult and with a lot of losses so early on. The only way we could deal with this, was to think about how we would continue that timeline for them and do our absolute best to make sure it was everything and more than they could ever wish for.

The session then really changed tact and we moved onto general health questions next, but as we are both currently active gym members, who are clearly aware of what makes a healthy diet and non-smokers, this was not a concern for Gemma and was backed up by our medical reports which had finally come back and were all clear. It was then that a bit of a shocker got thrown into the conversation and the air in the room felt like it was immediately sucked away, with sweat immediately appearing on the foreheads of both of us “So, we need to discuss your sexual relationship and how you will manage this with children?”. I mean seriously is this part of the process, what the hell do we say, is there a right or wrong answer, do we pretend that we sleep in separate beds or what. Instead, Rich took the lead on this one and approached it as if it was a work style or business question and answered honestly, making it very clear that we know things will be different when you have kids, especially as some of them may have experienced some issues in this area already in their young lives. Thankfully this was all that Gemma needed to hear and we moved on to stop any further awkwardness for us or for Gemma. Thank goodness Rich took the lead on this one, as I was so embarrassed at the thought of even talking about it. Touching on health and fitness we asked how that could affect an adoption and Gemma explained how BMI and smoking can have a major impact on adopting, especially with smoking, as a smoker may not be able to adopt a child under the age of five. I quit smoking quite a few years ago thank god but it was interesting how they think of absolutely everything that could affect a child who is up for adoption. The medicals were then checked thoroughly for both of us and thankfully the section that asked on the forms to state any reasons or concerns that the Doctor may have which could cause concern to adopting a child, they were both clear. It’s been really eye opening though to think that they really do look in depth at everything, even down to your health and lifestyle, but when you think about the trauma and loss a child has already gone through, to place them in a family knowing the potential new parent has major health concerns, would be senseless and not in the best interests of the child.

We then moved on to the final part of today’s session, which consisted of a thorough check through of our finances including bank statements etc. I literally don’t have a clue when it comes to this section, so I let Rich take over as he is the financial adviser. In fairness, I usually just tap my card and hope it goes through as I am basically a 1950s housewife when it comes to bills and money. We both work hard and are again lucky for this not to cause a problem in the process, but felt it was a little unfair that some potential adopters could be ruled out for their finances, but you have to remember that adoption doesn’t provide any funding or income for you, unlike fostering. It is just like starting a family of your own taking on all the responsibility and costs associated. The session today has been so factual at times and felt a little bit like being interviewed for a job as James Bond and we hate to say it, but thoughts of ‘all these forms and having to explain our lives in detail to become parents is crazy, when some people can just get pregnant and not have a clue about parenting’ were starting to run through our minds. We just had to think logically that the reason all these forms and sessions were set in place, is to stop anymore hurting or causing further trauma to the children in need. Anyone can have a baby but not everyone can be a parent and it’s so important to know that not every child who is placed up for adoption comes from a parent who didn’t want them or love them, but from a parent that maybe just cannot look after them appropriately.

Gemma then explains that she has slots put aside for our referees next week and has sent off the employee references too, so she wanted to make sure we knew and to inform everyone that she will be in contact, as the sooner they respond the sooner she can arrange a visit. Gemma then stated she wouldn’t see us now for 2 weeks, as next week she will be visiting some of our family and friends. Another moment of ‘Oh My God’ as felt the urge to immediately pick up the phone there and then to call them all and explain to them, that we will be amazing parents and that they must not say we are irresponsible people in anyway. Obviously, we aren’t irresponsible, but you just get yourselves into that state of panic, knowing that other people are going to have an impact on the view being created about you. Not having control over this was going to be hard for Rich as he is the planner of our friendship circle usually and he will be climbing the walls during these visits, not knowing what is being said. Rich even attempted to buy them all the salted caramel teabags and make sure they randomly just happen to have it for when she goes to see them and I think actually believing that she wouldn’t realise that we did this.

When preparing to leave, Gemma dropped the bombshell that at our next visit in two-week’s time, she doesn’t need Rich to be there as it would be my individual assessment meeting. Three hours of talking non-stop about Rich and our relationship, without having him there as a backup when I say something silly or random, what the hell. We said our goodbyes and have advanced now to a little hug when Gemma leaves, which is really lovely as we do feel she is so supportive of what we are doing and we couldn’t ask for anything better. As soon as the door closes, this time without worrying about whether she can hear me or not, I turn to Rich and say “Why has she chosen me to go first?”.

Surely it will all be fine on my own, will have to wait and see.