What’s it really like being a parent through adoption? 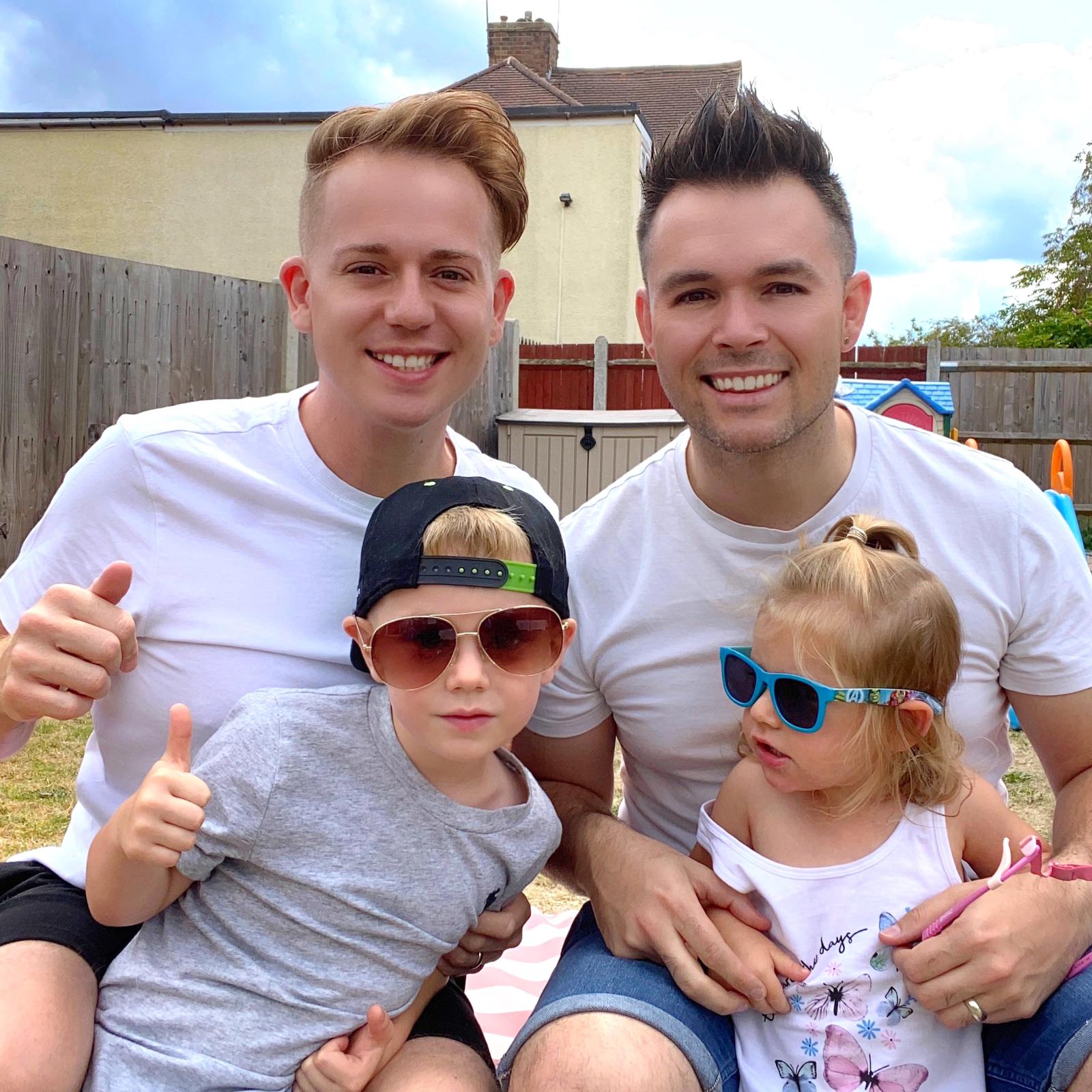 We have really wanted to write something about this for a while now but haven’t really been sure how to go about it, but with National Adoption Week being in full flow this week, we thought we would finally get it down on paper, because believe it or not, it’s a question we get asked quite a lot. On the whole the answer is very simple, we are just parents like any other, except our route to having kids was via adoption and we absolutely feel just as much parents to our kids as anybody else does, but being an adoptive parent does often bring with it some quite different worries and challenges. It doesn’t always mean more challenges and more worries, because every parent has worries and challenges to deal with but because we have adopted, we often feel like we need to put more pressure on ourselves than normal, to ensure that we are the perfect parents, even though there isn’t really such a thing as “perfect parents” because we all get things wrong sometimes.

An immediate difference for some families made through adoption is a thing call ‘contact’ which can take a number of different forms, from direct contact face to face, to letter box contact which is what we do with our kids and then sometimes no contact at all. This is where you keep some form on contact going between your child and their birth family, which for us is in the form of an annual letter that is sent to the local council from us, updating the birth family of what the children are upto, how they are progressing and the things they like doing. In return, the birth parents have the opportunity to write back and do the same, but unfortunately in some cases this doesn’t always arrive.

The boy has never received any contact letters from his birth parents which we find hard to deal with every year and will be something that we will need to explain to him in the future, but even so, we will continue to send his letters to them every single year, so he knows that we always kept this up for him. It’s not all bad for the Boy though, as he does have a biological sister and we meet up with her and her adoptive parents annually, which is always such a lovely day. In comparison, the Girly already has it quite different as she has received all of her contact letters so far, which we are keeping for her until she is old enough to read and understand them, but it will again create some issues for the Boy as he will probably feel left out if she continues to receive hers and he doesn’t.

Unlike the Boy, the Girly doesn’t have any siblings for direct contact so in some ways they do both have some differences which I am sure at times in the future will be hard to explain. It doesn’t mean that’s it now though, as with both the Boy and the Girly things can change in the future should any of their birth parents have more children, as it will mean more birth siblings and possibly the introduction of more contact but until anything does change, we will keep doing as we are.

The one biggest worry that we have as adoptive parents is the worry of what the future will bring, as there are so many uncertainties with regards to their backgrounds, some of which we are aware of and some of which that we just simply don’t know yet. As we adopted children both at a very young age, we knew full well that we were taking on some risks in terms of health, development and potential learning difficulty but we were more than happy to take these risks, as we really felt that we could offer the right environment for a child or now in our case, two children, to develop into well rounded adults and hopefully with our support be able to take on anything.

If we compare our own position to those having a biological child of their own, we cannot see any difference in the level of risk. We would support and care for our kids with whatever difficulties may presents themselves and just the same as any biological parent would, we will go to the end of the earth and back again to make sure they are okay. So, again we don’t feel any different as adoptive parents compared to biological parents.

As adoptive parents you learn very early on, that most children who have been through the care system and eventually gone on to be adopted by their forever family, that in nearly all cases there will be some sort of trauma, grief or loss having been experienced by the child. For us specifically, we have this as a worry for later in life, as our children are both still so young and at the moment only really understand things appropriate to their age. But there will come a time when we will need to explain things in a bit more detail, when they understand that bit more and that is something that we are in one hand dreading but another hand looking forward to getting out of the way. It’s going to be completely heart wrenching to tell them their own stories and see their little faces realise the loss that they have suffered and why, but it’s a very important part in an adopted child’s life to understand and know that they will always have their forever family to support them.

The things that we always hear people talk about is whether the kids will meet their birth parents and whether we want them too or not, which doesn’t ever come into it for us. The decision on whether the kids eventually want to know more about their birth family and even meet them, is not one that us as their Dad and Daddy can make, it is one that we will support them with. We have always said that if they wanted to meet them, we would help them arrange it and even go with them if that is what they wanted. But, at the same time if they decide that they do not wish to meet them, then we will also support that too. We happen to know quite a few adult adoptees and they all have quite different experiences and have made different decisions, so instead of worrying about what might or might not happen, we have decided to try and have as much fun as we can everyday and deal with things as they come up.

All of what we have mentioned about how supportive we will be to ensure our kids have the best life possible is exactly what we are going to do and we are sure that will lead us to the best possible future as a family, but it doesn’t stop that very tiny little worry in the back of our minds that one day they may reject us completely. It always brings us back to the discussion about television shows like long lost family, where it is all about reuniting with birth families and the amazing happy endings, but the truth is that for us as Dad and Daddy that would be completely heart breaking and in fact these happy ending stories are good for television and not really a reflection of a lot of adopted children’s future. It’s a worry we are mentioning here and never really talk about, as we do feel that when the time comes and the kids ask more questions, that we will give them the answers they are looking for and if we don’t have them, we will be right there with them trying to find out.

Finally, we would like to directly answer the question that started all of this for anyone out there who wants to know or anyone out there considering adoption. What’s it really like being a parent through adoption? It’s the best thing that we have ever done in our lives, it’s one of the hardest jobs being a parent under any circumstances but it is also the most rewarding thing you can ever do. Hearing people say “your Son” or “your Daughter” still makes our heart skip a beat and feels us with so much pride. We have really learnt a whole new feeling of love, that before having children we didn’t even know existed and now will treasure that feeling forever. So, the very short answer is, it’s AMAZING.