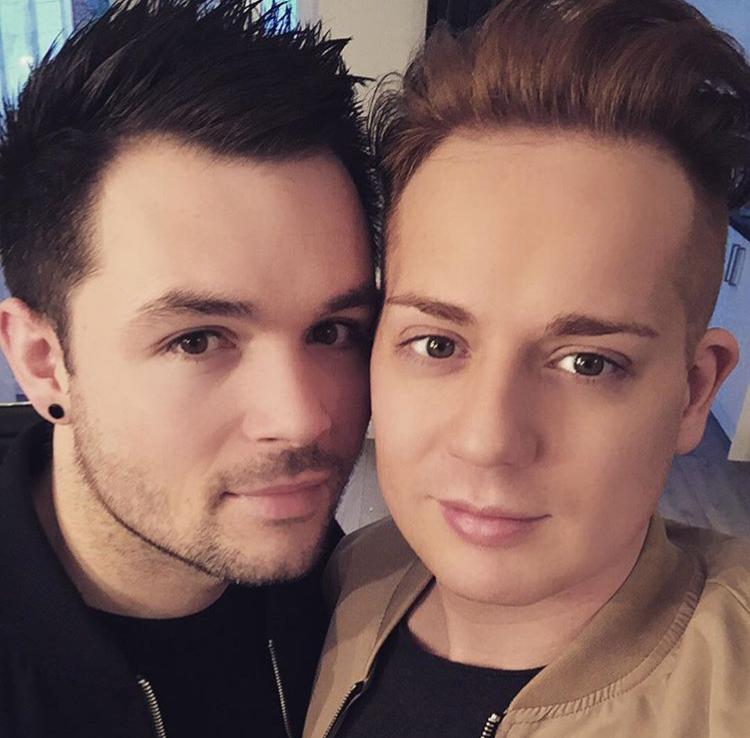 So today is the day we meet our new social worker Gemma which has made us so nervous as Sue has literally been so nice and we have already created a great relationship with her. Now we have to start all over again with a new person who we may not get on with as much. All the previous thoughts and feelings came rushing back. What if Gemma hates us or doesn’t understand us…what if she doesn’t like dogs, I mean we cannot lock him away, this is his house as well….? What if she advises us to re-home him? Feeling sick to our stomachs with nervousness we made sure the house was immaculate and that we had every variety of biscuit available again, pre boiled the kettle and waited for her and Sue’s arrival.

The doorbell rings and of course nutter goes crazy barking and running around looking all untrained, the poor woman probably thinks Nutter is a huge dog by the sound he can create. We open the door and find a lovely young blonde lady with Sue, who introduced her as ‘this is your new social worker Gemma’. I mean what do we do, hug her, shake her hand or what…so we went for the hand shake which seemed to go down fine. OMG she is so much younger than we imagined, the idea of a younger social worker just didn’t enter our minds. We were probably hoping more for a Nanny style age to come in and be all lovely through the process. We’ve been so used to Sue’s lovely mothering nature and wisdom around all thing’s adoption, that a younger social worker might make this process a lot harder. Rich offered drinks to which Gemma only wanted hot water as she had brought special tea bags with her and sue wanted a coffee, biscuits also offered but were declined much to Richards enjoyment as he only likes certain ones. Immediately I could tell hat Rich was judging, as the whole ‘I have brought my own tea bag’ wouldn’t go well in his mind. Once Nutter had calmed down and got some attention of Sue and Gemma who was also a dog fan thankfully, we all sat down at our dining room table which felt more like a board meeting than a general chat.

We mainly focussed on what was to come for stage two which thankfully meant a lot less paperwork to our relief but it does mean we needed to increase our session times to three-hours and have them weekly for the next ten weeks. I thought to myself I doubt we would have anything left to talk about in week ten, but it was ‘the process’ which we have been hearing a lot recently. We got our calendar and marked off dates for the next ten weeks. These were mainly on my day off, so again this was looking like a harder task for Rich and idea of having to be flexible for these sessions was somewhat a given. We were not quite ready to ask the lady who would eventually match us with our child to rearrange the adoption dates around our schedules, as in the back of our minds we were thinking this was all part of the test. There in front of us was thirty hours in which would gather all the information she needed to put together a PAR (Prospective Adopter’s report) in which the panel would read and then decide if we are to be accepted as full-blown qualified adopters.

Rich couldn’t help himself and asked the question “so do you have children yourself?” and she replied yes, I have two children a boy and girl who are both of school age. Not sure if this actually made us feel better or worse really, as she is not only an experienced social worker but an experienced Mum and we had already been given all the advice we could ever ask for from all our current parent family and friends. Gemma could now be judging us on a whole different level of parenting skills or maybe she really could be so useful for us with parenting an adoptive child, as this had never been done within either family. As the session went on, we could see how passionate and strict Gemma was about everything so it was really a ‘win win’ situation for us, she has clearly done it all before. Rich is also very strict when it comes to working to a process, so this would work well for him, as he doesn’t really do anything without a plan and probably struggles more than most when something unplanned happens.

Going into more detail about the ten weeks’ worth of visits, she explains there will also be separate sessions with each of us, where she will talk to us about our relationship and get into detail without us being there to hear what each other says. I mean this is going to be absolutely fine, but wow it will feel so weird. We had previously in stage one given eight referees which they would contact to gain their opinions of how we would be and cope as parents. This would include visiting some of our referees, so were told to pre warn them, that they may now be contacted to arrange a meeting and that they would have to be during the working day as they don’t work evenings. Both employers were one of the referees, so we knew this information wouldn’t be so personal but the thought of Gemma chatting to our friends and family without us being there was strange, not that we had anything to hide.

After worrying so much about the change of social worker it actually was completely fine, we were both very happy to have Gemma as the social worker who would be taking us through to panel. Any feelings of doubt and worry had gone, as we instantly clicked with her and were both still very keen to get his show on the road. I mean we couldn’t have asked for anyone more normal and like us to be our social worker, it was like this was meant to be. Gemma and Sue had been with us for about two hours, which of course flew by and with the ten weeks planned they were starting to make a move. Sue was very happy that we were still excited to proceed and that any worries we had were gone. Another group hug and they headed out the door. As soon as they left, I turned to Rich and just said “thank god for that, I really like her” and we both laughed.

We knew that we now had ten weeks of let’s be honest ‘couple counselling’ ahead of us, with a lady who would probably end up knowing us better than any our closest friends do. We decided to celebrate the start of stage two and the fact that Gemma seemed so lovely, in proper Richard style by ordering a Chinese takeaway and chilling out on the sofa watching rubbish TV, knowing that it would not all be so simple next week when the real in depth assessment begins.