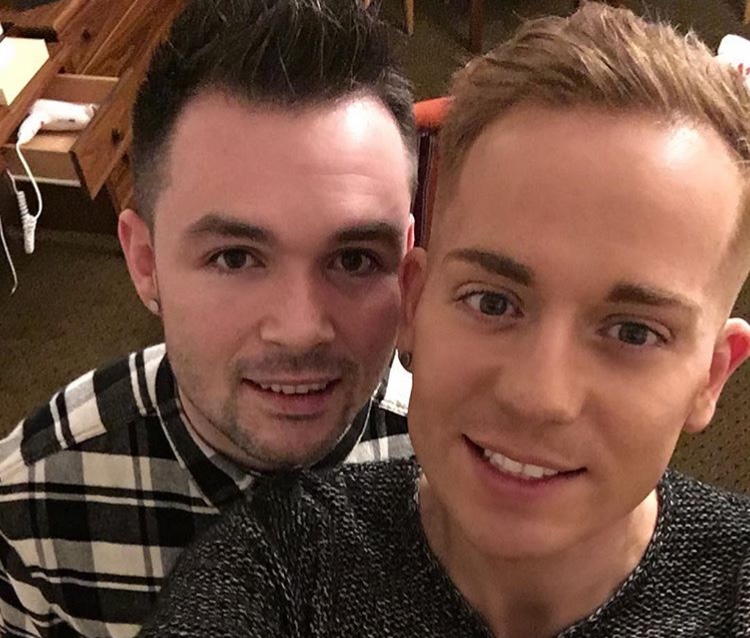 Chapter 8 – The Children and Our Worries

Thursday morning and Sue is due at 9:30am for our second session of stage one, most of the paperwork is completed, however the employment history was causing Lew a bit of bother. The council required a reference from all previous employers to state we had ever been in any trouble that would cause concern to adopting a child. As Lew has spent most of his working life all over the world, including time as a club rep in Spain and Cyprus, two winter seasons as an Elf in Lapland and a year on a cruise ship which obviously was never actually based in one place. I mean if only we knew this all those years ago, we would have but just got standard run of the mill jobs. When she turns up, she is going to be expecting everything done as we were so confident and we just haven’t been able to get it done. Rich cannot handle this thought, so I am sure it will be the first thing he says as soon as Sue walks through the door. Sue arrived and on cue, Rich burst into his explanation of how we have been all over London at the different embassies trying to get the references sorted but to no avail. He then went on to explain that the one we have received from Finland, was unfortunately in Finnish so we were waiting on a translation copy to be provided, I mean it couldn’t get any more difficult surely. Sue just brushed it off with a smile and said ‘you’ve got plenty of time guys, you don’t need to be stressing about this, now where’s that lovely cup of Tea’.

After a great first session we were keen to push on with the positivity from the last one, so was very quick to show Sue all of the paperwork we had managed to complete. She was very pleased to see that we had done so much and was keen to hear about how we felt it went. We explained that at times it was quite difficult as thinking back so far to when we were children, but could really relate to the questions and understood why we were thinking about it. Sue was then really focussing in on our own experiences, clearly trying to get us to bounce of each other and maybe even sometimes purposely trying to make us disagree. I mean these are clearly all mini tests, to see if we argued or disagreed but we never did. We did our usual approach, which was think about the question, understand both of our thoughts and come up with a joint way forward. I mean this has always worked for us so far, so we are not going to change this now or pretend to be something else.

The big question was then asked “how would you describe your perfect child/children”. So, we started to list out some of the qualities and hobbies, that we would like our children to have and Sue wrote them all down. She then read them back to us sporty, loving, adventurous etc and then lifted the piece of paper and screwed it up. We looked at each other in despair, thinking quote clearly ‘okay maybe this Sue is not what we expected’. But she went on to explain that there is no such thing as a perfect child and that what we want won’t be the child/children placed with you. Now we start to really panic, hearts are racing and worried about what is coming next. Sue then explained that the perfect child could not be described, as that is something that would be built together along the journey of adoption and the building of an attachment, that is something that we would be specifically learning in our upcoming workshops. We then tried to get things back on track by saying that we really want to adopt siblings and to somewhat create a readymade family, as we always wanted more than one child so may as well start with two. Surely, we wouldn’t notice the difference if we have never actually had one, but Sue really laughed and it was a laugh of a parent, as if to say, you really don’t know what you are letting yourselves in for. Sue wrote down our official criteria as ‘two children under the age of three’ and explained that this may change as the process goes on, but we were adamant we knew what we wanted. Sue continued to press on with questions of why we wanted to adopt an older pair of siblings and not a baby like most adopters, but we didn’t really know what to say to this as the truth was, we just didn’t think that was possible for same sex parents. Rich then bluntly said, “we didn’t think we would be considered for a baby as we are two men and we have read that gay adopters are normally only put up for the harder to place children”. Sue looked quite shocked and reassured us that there is no difference in the process for same sex couples, as being a parent through adoption is about what you can offer to the child and giving them a loving home to set them up in life to be a fully rounded adult. She was adamant that this thought was something we needed to get out of our minds. We then explained that we had read quite a lot about this in forums online, to which Sue replied ‘do not read the forums, they are always so heavily weighted to the negatives and that will not help you through this process”. At least we can safely say now that the first awkward chat about the myths of same sex adoption has been put out there and it felt like a weight had been lifted off our shoulders as the response, we received was so positive and supportive.

We really then built on this sense of relief about same sex adoption, actually knowing that Sue truly didn’t have a problem with it and wasn’t just putting on an act. The rest of the session really flowed so well and we began to really open up could be open and be honest about our concerns over gay adoption and really wanted to hear if it ever really did create a fairy-tale. Sue gave us the perfect answer, which basically explained that of course there is plenty of example of the happy ever after but balanced this out with the facts that adopted children are special, they have had sometimes very traumatic backgrounds and will always need help and support from you, possibly even as adults. It was this statement that really hit home for us, as we knew that as much as we felt we had done some research, there was still so much to do and we must order every single book and watch every single you tube video they have suggested to ensure we are fully prepared for this.

The session again seemed to go so quickly and we didn’t even nearly get through half of the papers we had completed, but Sue explained that this was totally normal and that she felt the session went really well. I mean that was actual positive feedback, this was not in our minds or our opinions, she actually stood there and said it to us before heading off to her next visit but not before leaving a new pile of papers to be completed. It seemed to be the routine, that sneakily before leaving they drop a load of extra paperwork on you and don’t really give you the opportunity to think about how much it really is before she was gone. We actually sat and spoke quite a lot after this session, as although it went what we thought was really well it did spark some emotional feelings. It was possibly the first time actually felt a little upset about the fact that the children we will hopefully get will have had some hard times, which we simply cannot understand, as we would never dream of hurting a fly let alone a child.

We then get back to serious Rich work mode and make a plan of action of what needs to be done before Sue comes back for her next visit, with his top priority being the background checks, as that was the main thing that could hold us up on the formal paperwork. but we arrange to go the embassies in London and this information is crucial. Feeling like we now have a good plan in place for the next couple of weeks, we felt rather exhausted as although we were feeling positive about that session, it did actually feel a bit more like a counselling session but mainly around our own worries and concerns in relation to being gay and the potential stigma we think people are going to attach to us. At least we know that Sue is on our side, or at least we think she is, so we look forward to the hard work on the paper for the next couple of weeks and our next session.