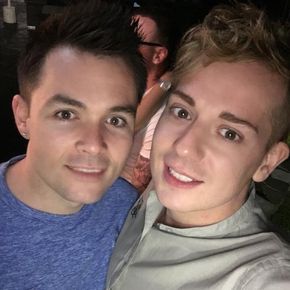 Chapter 6 – It’s time to finally meet us AND Nutter

So today is the day we officially meet a social worker for the first time, possibly the biggest job interview of our lives as this is not for just any old job, this is to decide if we are suitable to start stage one of the adoption process. First things first, we decided to take Nutter out for a longer walk than usual this morning, as the last thing we need as soon as the social workers walk through the door, is him jumping up and trying to gain all the attention. We get back and realise we have about half an hour before they arrive, so start to do that nervous cleaning and moving things that do not even need to be cleaned or moved. It’s now only ten minutes before the big arrival, so we make sure the kettle is pre-boiled, so it doesn’t feel like it’s taking a hundred years to make a cuppa, whilst leaving the other one solo and panicking about any early questions. Biscuits arranged perfectly and bang on time the doorbell rings, followed by a fit of barking by what sounds like a huge scary dog, but is actually our short man syndrome dog Nutter the Yorkshire Terrier.

We welcomed in very politely the two social workers, avoiding any awkward handshake moments and ushered them into the front room. Of course we didn’t even give them time to take their coats off, before offering them an array of exotic sounding drinks, but a coffee and standard cup of tea was all they wanted. Lew takes the lead and makes the drinks but thinking about it now this was the easiest of the options. Social workers are settled on the sofa, tea and biscuits ready here we go, “so…where is that lovely Dog we could hear when we knocked” we both look at each other knowing that we would now have to explain why we called him the worst name ever…NUTTER. Lew’s comedy thankfully kicked in to play, as he explains that we named him before we had him but quite often change his name to Max, when out in busy parks not wanting to get strange looks from fellow dog owners, while walking around shouting out ‘Nutter, Nutter’. The more senior worker then starts to explain that pets can sometimes be an issue with placing a child, meaning that they may need to be re-homed if they didn’t take well to the child or the child doesn’t take well to them. We agreed as that was surely the right thing to say, but secretly thinking in our heads that there is no way that was ever going to happen, as he was our first baby. Quickly deterring away from the Nutter conversation, we got him his favourite bone treat and put him in the kitchen with his bed, hoping he didn’t start scratching and howling away.

The social worker who was fairly quiet reached into her bag and pulled out a pen and note pad and placed it on her lap, she must have picked up on our unblinking eyes as she reassured us, she just didn’t want to forget any information and to just relax. Easier said then done when one of us is a control freak and the other is a complete worrier, but we faked a smile and took a deep breath. So guys, let’s start with a simple question to start with “how would you describe the type of child you would like to adopt” to which Rich responded very quickly “well we are a very active, adventurous couple and enjoy sport, mainly football”. The social worker quickly stated in a stern way that your child may not like sports of any kind and may be into computers or the arts. Oh God! This is going to be hard, we’ve already said the wrong thing, not the greatest of starts but Rich confidently went on to explain that of course we would like our children to be involved in a sport and encourage it, but would support any hobby they like as long as they are involved in something outside of school, as he feels socialising with different groups of friends is key. We went on to explain that we are very open to support a child in the best way to help them thrive, be happy and grow into well rounded adults.

The questions kept coming and coming, quite personal questions at times, but we knew this was just a taster of what else is to come if we get accepted into the process. The social workers then seemed to switch course and start to explain in some detail the adoption process and that it is broken into two stages. The first stage being more paperwork focused and case study style, including references, criminal records checks, employments checks and lots of forms. In addition, to being allocated a social worker for stage one and a number of classroom-based workshops, to help you understand in detail what it is like to adopt a child, basically giving you the option to pull out if you feel it isn’t for you. Obviously, this was never going to be an option for us, as once we have our minds set on something, we make a great team and do our best to get it. If accepted at stage one, we would then be moved onto stage two and be allocated another social worker, who would come to our house weekly for three-hour visits, to build a profile of us, which would then be presented to the panel if they feel we meet the needs to adopt. The social worker in stage two would be the one who asks all the personal questions about every aspect of our life as a couple, as well as previous relationships, family life and upbringing, including the way we were parented and what we might do differently. I think it is now really sinking in that this is not going to be easy, or is all of this a tactic to separate the brave from the weak as ultimately if we get to end of this, we will end up being fully responsible for a little human being.

The time seemed to fly by and we felt we answered the questions well and in quite good detail, but we felt now that we were repeating ourselves and re-answering the questions to try and cover anything we felt the social workers maybe didn’t like. Even though they have not openly said anything negative to us as of yet, it’s clearly that nervous anxiety going through our minds, trying not to get anything wrong. It was at this point that they dropped the bombshell, that they would like to have a chat between themselves and could we just leave the room to make a drink and have a chat. It was at this moment that our hearts sunk, smiling as we left the room and then as soon as we were out of sight, we were dramatically gesturing silently to each other ‘OMG, WHAT IS HAPPENING, THEY HATE US, I FEEL SICK’. Having waited for what felt like 10 years, they call us back into the room “so we have discussed our thoughts together and would be delighted to accept you into stage one of the adoption process”. We both made eye contacted with excitement not knowing if we should hug, cry or fist pump the air, so we kept reserved and thanked them for their time, explaining just how excited we are to get started and showed them out.

On closing the door, Lew with his usual say it as it is self said “I thought they hated us, but let me tell you this, we will not be giving up Nutter, worst case scenario he can just live at my Mums until the process is over”. We hugged, kissed and jumped around the kitchen so excited as this was the first step towards the family we both wanted, then as the shock really hit, we had a little emotional tear of joy and embraced before racing to get our mobiles to make the all important calls. Our families need to know right now, that hopefully very soon our families are going to get bigger and they were going to be grandparents and aunties and uncles, a call that we are sure none of them ever imagined they would receive from their gay son’s and brother’s. So now we literally do start a new chapter in our lives, the journey to our family has now officially begun.