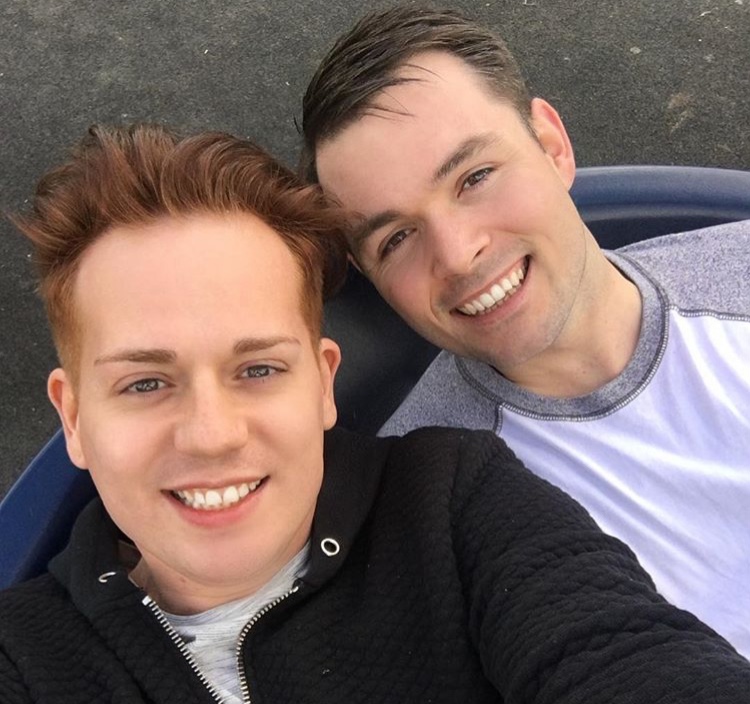 Chapter 10 – Learning About Attachment and Loss

You make up this amazing fantasy in your head about the perfect family consisting of your children who you will love unconditionally and they will return your love with theirs. Cuddles in bed on a Sunday morning whilst watching children’s TV and having that happy ever after feeling. It would just be so simple, as all we need now is the children for this scenario to play out. Well of course for us, it was time for another dose of adoption reality as todays workshop is called ‘Attachment and Loss’ in which we will learn about how adoptions sometimes breakdown when a bond is not made or the adoptee actually decides that the child is not working out for them like they thought it would and give them back. Adoptees have a ten-week period where they can essentially give back the child that has been matched with them, causing a completely devastating situation for both parent and child. This is why the adoption process is the way it is, to avoid any of these terrible situations becoming reality for the children that have already had a tough start in life.

This time we head in early, feeling like experts as we recently did the three-day workshop so this would surely be much easier. We are ready and waiting to absorb all the information and continue on our journey to becoming parents. We were happy to see all the couples that were at the other workshop, which really helped with the nerves, as we didn’t have to introduce ourselves like before, but we did all have to still wear the name badges. Coffee drank and quite a few biscuits eaten this morning by both of us, to hopefully stop any awkward belly noises while we watch a video on the screen as the start of the workshop to introduce attachment.

The video basically set the scene of what attachment is all about, quite a simple thing to understand but was clearly quite a task to get right, especially with adopted children. The video went on to explain that if a child has had many moves from birth parent to foster carers and maybe sometimes numerous different foster carers, they would find this quite unsettling and that child would start to struggle to ever feel like they were moving to a forever home and would find it harder to build an attachment or secure bond with someone. This may cause the child to hold back from securely attaching themselves to their new parent when adopted, as this would possibly just be another move in their minds. Now this was something that totally threw both of us, as we now realise that not only was the process going to be challenging but we were then shown how up and down the settling in period can be. Realising that it will not just be an overnight happy ever after, but this is really going to be something we need to work on and develop. It didn’t really occur to us that we may not love our potential child immediately and that they may not even like us after placement, with the comment from the social worker ‘you may at times feel like a childminder, but this is okay and normal’ continuing to explain that the social workers are used to this and will be on hand to help and support throughout. It seemed like this workshop has been filled with so many scary thoughts and again bringing to life the realisation that adoption is not a fairy tale. Rich was clearly quite worried as he very unusually asked a question ‘does it ever just work out okay, without all of these problems’ which seemed to shock the room, but the social workers seemed very happy to receive the question and answer. Explaining that yes, a lot of times it does work out really well and you do get your happy ever after, but that we needed to understand that sometimes these children are so young and there are so many unknowns. They clearly had to make sure that we were prepared for every eventuality and really understand the different things that need to be considered when adopting a child with a past, which we knew we didn’t fully understand yet but would make sure we do.

We then began to talk about different children, including their ages and we are not afraid to admit that like most adopters we thought the younger the child, the better it would be in terms of building an attachment to them and vice versa, as surely, they wouldn’t remember anything and would know no different. But yet again we were wrong, I mean who knew that trauma can already cause an effect in the womb and start setting the chemical balance for the way the brain is developing? Young babies who were subjected to high levels of neglect wouldn’t understand that crying would notify their parent that they needed changing or feeding, as that reaction was never experienced. Facial expressions, the feeling of each other’s heartbeat and skin to skin contact were all explained as positive ways to build an attachment but in a lot of cases the children would not have experienced that at first, which would have had a knock-on effect to what they might or might not respond to now. It just feels like this process is getting more and more difficult as we hear more, the pressure is really building now, but we know this is for us and we will do this together.

After the much needed lunch break, where we drove to the town centre on our own this time to just chat through what we had heard this morning without confusing it with anyone else’s thoughts, we head back in to hear all about loss. It was explained that a child may go through a grieving period of loss from their parents, their grandparents, siblings and even their foster carers. We were then told to get up on our feet and to take part in a group interactive exercise. Each person was given a title for example (birth parent, foster carer, sibling, birth family member and so on) one person was labelled as the adopted child and we were asked to form a circle around them. To set the scene there was about ten of us holding a piece of string which connected to the child, the social worker then asked us to say who we were to the child and what that relationship would be like. She then dramatically cut the string and continued to do so until the only connection between the child was the new parents. It was a very hard hitting exercise, but so good at really demonstrating the harsh reality of their little world and the amount of people the child had lost, to then end up with their forever parents. It felt at that moment like although it would make our dreams comes true and we would be super excited, we would really have to consider this little person’s feelings about moving in with strangers after so much loss. How would they really be feeling; it was such a hard one to run over in your mind without feeling a little emotional but we knew we were going to get through it and provide them with the best possible life and help them deal with and understand their losses.

The rest of the afternoon was much lighter and all focussed on how to build positive attachments and the sort of techniques that we could use, so a very valuable section and a much needed lift after the somewhat hard hitting earlier parts of this one day workshop. Towards the end we were given a list of books that they suggested for us to read, that we all about building a secure attachment to a child and we were told to do some research, making notes of the reading material used to add to the never-ending list of paperwork. We were completely drained both emotionally and physically by the end of the workshop, but both feeling strangely excited that we were on the road to becoming parents and wanting to do the best we can to get over all of these hurdles for the special child or children we would end up being parents to. On the journey home, it felt like the first time that we were talking about being parents and not thinking about the process, more focussed on the fact that we were going to get through the process and considering our strategies for parenting. It was like we had achieved something today, an acceptance of ourselves as being good enough. There were a few occasions driving back where we would just hold hands for that couple of seconds at the traffic lights in silence, knowing that we felt like this and every time releasing on the green light and continuing our journey home, to a place we now know would only consist of us two and Nutter for a matter of time.