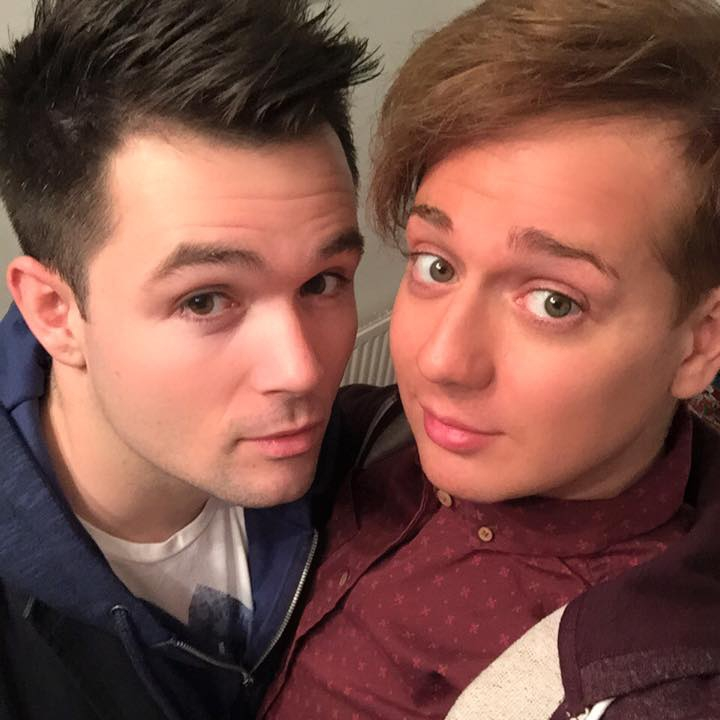 Here we are living in our lovely little flat in London, which is always spotless and somewhat a bit of a party central for us and our friends. Apart from our little dog Nutter, yes that’s his name, the big scary Yorkshire Terrier, we have absolutely no real responsibility in this world. It was then that the conversation started, do you want kids? The short and simple answer from both of us, was yes of course, we would love to have little ones of our own, but we knew that it would not be as easy as that.

The thought of children raised more questions that you could ever imagine! Who would look after the kids while Lew was away working, sometimes for weeks at a time with Sesame Street, playing Big Bird on the World Tour? What would happen to our lovely flat, we love living here but it’s just not suitable for a growing family. When would we fit in going to the gym and enjoying all the lovely spa day weekends? How would kids cope with having two Dad’s, would they end up getting bullied in school, would they be able to make friends. How would our parents and family deal with it, especially Rich’s family, as it’s not really been that long in the grand scheme of things that he told them he was gay.

It was at this point that we knew, if we wanted to have that normal family life, that we would have to make some big changes, just like every other couple in the world that has ever considered having children and bringing up their own family. We knew that there were some very obvious changes that needed to happen, like Lew’s employment would have to change and we would have to move home, so we agreed to keep it all to ourselves for now and get those two things sorted. Lew ended up leaving Sesame Street and started to work in a GP Practice as a Health Care Assistant, which wasn’t the same as his entertainment days, but was not the typical office job that would bore him to tears. We sold our flat, which was a very sad day but very exciting at the same time, as we moved to a lovely 3 Bedroom house with a garden, with all our friends and family sayings things like ‘you two don’t need this much space’. So, that is two of the big obstacles are now out of the way, which meant it was now time to really consider what our options were.

For us the options were quite simple, do we want to adopt a child or do we want a surrogate and have biological kids of our own. We know this decision for some people is very difficult and we understand why people choose one or the other. We did make a joke saying even if we mixed our “stuff” together, so the biological father was unknown, it would be pretty obvious once the child was born. I mean, if the baby came out pale and ginger, it wouldn’t take a genius to figure out who the biological Dad was. Surrogacy was never a serious option for us, as during our first conversation the decision of who would be the sperm Dad could never be agreed on and the child would not be biologically attached to both of us and we felt this would cause problems for us in the future. We also know that there are so many wonderful children in care who need a family to love them and we feel we have more than enough love to share, to turn some of these special children’s lives around for the better. So that was it, the decision was made, adoption was the way forward for us.

We spoke lots and lots over a number of weeks and decided that we would go on holiday to Egypt, to have our last big adventure together, before we start the next big adventure of looking into becoming parents. While away in Egypt we made sure that we had all the fun and relaxation that a holiday in the Red Sea brings you, but a few reminders of how our lives would change when we have kids and how we would have to consider things differently in the future, as we certainly wouldn’t be able to stay at that Hotel as it was specifically aimed at adults and luxury. Also, the odd reminder that being gay is considered differently around the world and for the whole 10 days had to accept that they considered us ‘brothers’ in the hotel, which for them explained why we had the double bed in our room. It became a bit of a running joke for the hotel staff though, as we all know they knew really and they were genuinely really lovely once they got over the initial check in and double bed saga.

We have now returned from an amazing holiday and have only 11 days before the first of our booked events, all about adoption for same sex parents and at this stage have still not discussed things with our parents or anybody else for that matter.