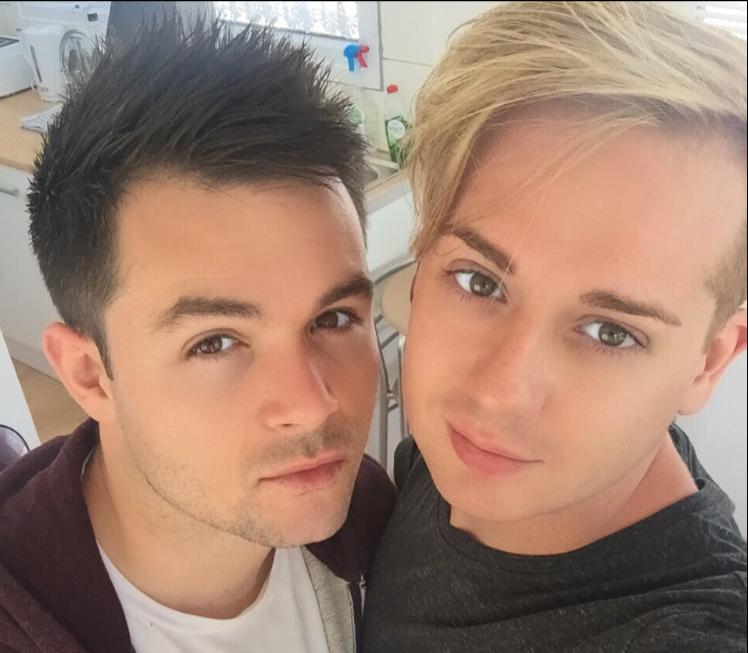 It has been two weeks since we were approved at panel and have had it fully confirmed by the council that we have been through the ratification process, so we can now call ourselves approved adopters. Not sure how it actually feels to be expecting a child, but it feels like we are and it’s amazing. As we are in the month of December and in the lead up to Christmas, Gemma pre warned us that any matching of potential children does not usually happen around the festive period, due to the fact everyone involved will be so excited and that it isn’t best practise to place a child into a house when they get lots of presents. Not because they don’t deserve them, but it wouldn’t be real for them and they may attach the presents and festivities to part of living at the house, which could then lead to a bit of a come down for the child once the festive period has passed. Obviously, we totally understand this and are fully aware that we are going to have to wait, but remaining patient is easier said than done. At least we have Christmas to distract us and as we are both massive fans of the whole festive season it will make it easier. I mean we normally have the tree planned out weeks in advanced, with many a shopping trip to add to our annual theme. We actually have more Christmas decorations in the loft than some shops have for sale, as Lew just cannot control himself sometimes. Christmas is basically on par with Lew’s Disney obsession so you can imagine what our front room usually looks like, but like a good boyfriend I just go with it and let him turn our home into a grotto for a few weeks. I’m hoping secretly that this year it will really keep his mind focussed, as I know just how much he wants this and it’s not going to happen overnight. We do not have any sessions booked with Gemma now and for the first time a completely free calendar in terms of adoption events, which was nice but at the same time unsettling as we don’t really know what or if anything is happening. We have nothing to work through and be proactive with as we are now approved, the next unpredictable part is the matching which we just have to be patient with. Anyone who knows us will know that being patient is not one of our best qualities, so we are finding this part extremely hard.

The one thing have been made aware of was a few websites that we could sign up to, as we are officially through and on the list of approved adopters. These websites were basically catalogues of lovely children looking for their forever families but was mostly focussed on children who would be considered as harder to place based on their age, needs or circumstances. We decided that it would not hurt to have a look and read through a couple of profiles and contacted Gemma to set all this up. She told us to just enjoy the holidays and that she would contact us in the new year, but we wanted to have something to look at and feel like we were being proactive. Once we got the login through on email, we logged in together on the iPad and the profiles gave you basic information like the child’s name, age, hobbies and a short description of their personality, then finishing off with any additional needs or medical information if there was any. The saddest part was using the online tools to filter your searches, which felt so wrong as you knowingly cut a good few hundred children’s chances out purely based on age, let alone all the other options that were about to come up. The feeling we had a couple weeks ago of excitement and happiness were slowly fading with every click of the mouse and it was turning quite depressing, as it just didn’t seem that the type of child that would match with us was out there. We decided that after reading through a number of profiles, to take a break and have another look in the new year, as this could actually be the last time we get to celebrate Christmas as a two.

It’s always a very busy time of the year as there are so many people to see, especially on Rich’s side as his family just seems to go on and on. It felt like we hadn’t spoke much about the adoption process as we were so busy with festive fun, until when we were saying goodbye to 2014 and welcoming 2015 in with a bang at a big family party at Richards parents house that it hit us. The vodka was going down nicely for Lew as usual when at a big party, so I felt a little reminder was due and said to him “you won’t be able to drink like that next New Year’s Eve when we have a child of our own” with a bit of a cheeky smile. It was then that the realisation that from tomorrow, we will be in the year where we will be become parents. We then started to talk about all the wonderful things and what life will be like once we become Daddies with all our family, obviously while continuing to drink too much, which meant the emotions were all over the place from laughing, to crying those happy excited tears together with all our loved ones. It was nearly midnight so being traditional we all gathered together to sing ‘auld lang syne’ in a circle and taking in the moment, we knew that we were so very lucky to have such an amazing supportive family around us.

It was only the 3rd of January that something exciting finally happened, as on registering to the website with the looked after children’s profiles, we had opted for an email alert which informed you when new children had been added onto the list that fitted your criteria. We had received an email that stated ‘new child that fits your criteria’ and we were so scared to open it, as it could of course be the first time we read about our child. It was the profile of a little boy, who seemed to fit everything that we felt we could deal with and did seem promising, so we remained calm and contacted Gemma and asked her to find out some more information about him. It is hard to not get ahead of ourselves but seeing his picture and reading his information was really exciting along with his name, which being something you cannot change was a really cool name. Gemma sent off our details to the boy’s social worker and also told us this was a child who was out of the area they dealt with, so she couldn’t access any information unless it was sent to her from his social work team. She also explained that there may be numerous other families putting themselves forward, but this didn’t bother us as we felt we had a good case. A few weeks passed and we still did not have any details back but his profile was still up on the site which we were checking daily, but we then got a phone call from Gemma to explain that we have not been considered due to the cultural background of the child. It was a weird sense of sadness and frustration, as we felt rejected and we did not have a way to challenge the decision. It was a very difficult week after that phone call, as we felt like we had been waiting and the only chance we had was taken away, which lead us to feeling a little bit down about it all. Gemma suggested coming to visit to reassure us that it takes time to find the right match for both us and the potential child and as always, she was amazing, getting our spirits back up and our focus straight.

We are now midway through January and we still hadn’t heard much in terms of a potential match, so we were starting to get a little more concerned and a little saddened really. Especially as next month is Rich’s birthday and I think deep down he hoped to be a Dad by then but will certainly never admit that to anyone, as he always plays it cool as if he is in full control of his emotions. I decided to make this birthday that bit extra special for him as hopefully it would be the last one he would celebrate without kids and decided to book a an overnight stay at a safari park, as he is an animal lover and sometimes I think he believes he knows David Attenborough personally, thanks to the amount of times he has watched his programmes. The short time away from it all was going to be just what we needed just to recharge and get fully focused on the next few months, where we plan to have a lot of weekends away making use of the remaining freedom we have. Hopefully it will be one of those occasions that people talk about, that when you are not even looking for something, it smacks you right in the face, except in our terms it was the child needing to find us via the social work teams.